Bounty: Glasdial is a bounty in Pillars of Eternity

The troll Glasdial, also known as The Green Death, has been roaming the ruins of Lle a Rhemen in Stormwall Gorge. An alchemist is offering a hefty bounty in exchange for its head.

Speak to Warden Fyrgen in the restored Warden's Lodge in Caed Nua and accept this bounty task. He'll only offer it to you after you've completed all of his tier-1 bounty missions:

Once you have the task, travel to Stormwall Gorge, and enter the lower level of the Lle a Rhemen ruins (which can be reached directly from the cave entrance in the south-west part of the Stormwall Gorge map).

Glasdial (a 10th level troll) and his fellow critters hide out there, and attack as soon as they see you. 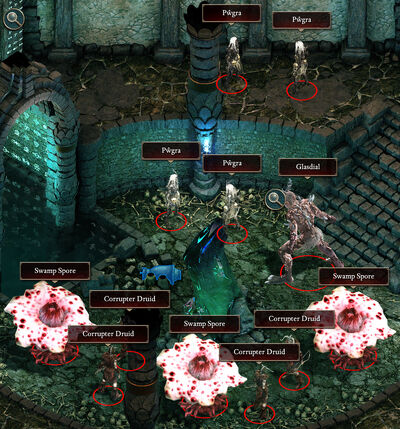