Bounty: Laenric is a bounty in The White March - Part I.

Laenric, leader of the Old Dunryd Hunting Lodge, is wanted dead. Though he and his group ostensibly hunt animals and monsters for sport, they have a habit of leaving dead innocents in their wake.

Speak to Tealdor near Renengild's House in Stalwart Village and accept this bounty task. He'll only offer it to you after you've completed both of his tier-1 bounty missions:

Once you have the task, travel to Russetwood, and approach the clearing between Russetwood Pond and the Shrine of Galawain. Laenric (a 14th level Wizard) and his fellow members of the Old Dunryd Hunting Lodge hide out there, and attack as soon as they see you. 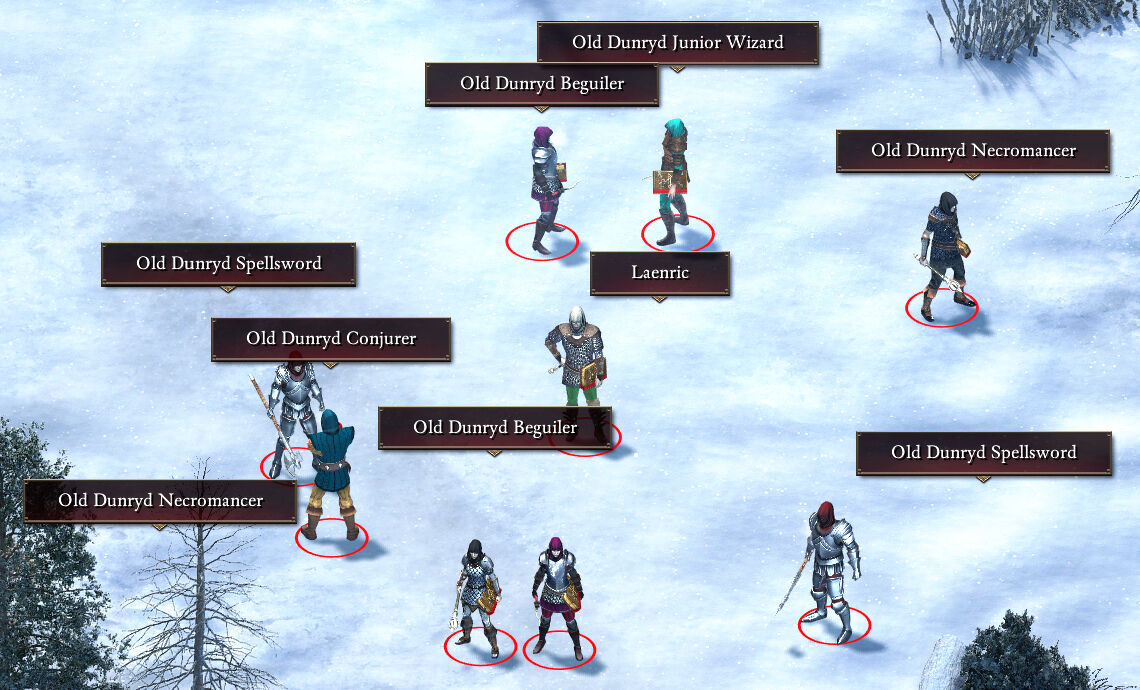 Defeat them, and pick up Laenric's head after the battle. (2400 Party experience) Laenric drops the unique Cape of the Master Mystic, and the two Beguilers both drop a Cloak of Protection.

Bring the head back to Tealdor in Stalwart to collect your reward. (4000