Copperlane is the market district of Defiance Bay. It is the first district available upon entering the city.

Primarily a market district, with the Dozens' expedition hall, public amphitheater, and the biggest library in Dyrwood: the Hall of Revealed Mysteries.

The Marketplace is located just outside of Admeth's Den and features various merchants. Peregund will only be available after completing Ferry Flotsam.

Some companions have a special comment upon visiting the gates for the first time:

Note: For a complete list of random loot found in Copperlane, see here. 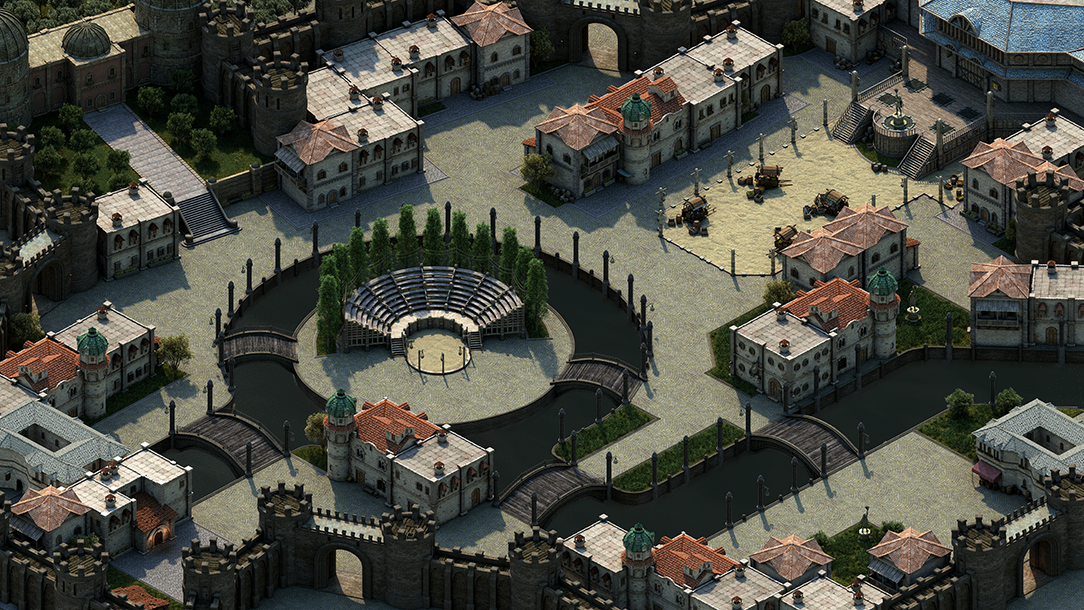 The Hall of Revealed
Mysteries