Dyrford is a small frontier village in Baelreach with a small, close-knit populace, located in the Free Palatinate of Dyrwood. It is visited in Pillars of Eternity.

The keep was rebuilt and occupied by an Aedyran lady thaynu. In 2668 AI, when the War of Defiance began, she stuck to the side of the Empire. It proved to be a critical mistake: A contingent of Duc Hadret's Knights of the Crucible helped the farmers and colonists in the area turn her keep to rubble. The Dracogen Inn was the first building that sprang up from the ruin, built with some of the same bricks the colonists had pulled from the lady thaynu's castle, they say. Supposedly, the quarterstaff of her chief wizard even got lost in the construction - mortared into a wall or nailed under a floorboard. However, Dyrwoodans are an ornery lot, and the more the Dyrfordans met in the wake of the thaynu's fall, the more they argued. They realized they didn't agree on much beside ousting the old lord. The biggest divide was over the Glanfathans and their nearby ruins. Hadret's knights and their supporters wanted to keep the peace, but a group of misfits with more anarchic leanings that had formed in town wanted to go after the tribes the same way they'd gone after their lord. Soon, the villagers were fighting with each other as much as with the Aedyrans. In the end, memories of the Broken Stone War and the War of Black Trees were fresh enough that the duc's soldiers won the day. Most of the other villagers came around eventually, but some of the core troublemakers left to join the front lines of the War of Defiance, and others found their way into the Guided Compass, the most forward-looking of the Glanfathan tribes.[2]

Eventually, with the end of the war and the arrival of peace, Dyrford settled down. The village is stillperched precariously on the edge of a dangerous frontier, known for a secretive and superstitious populace. They shun Hylspeak in any form, keep rituals and practices unknown to outsiders, and may be involved in illicit activities beyond the reach of local law enforcement. Travelers on their way to Eir Glanfath have been known to vanish after spending a night in Dyrford. This reputation dubs it “Wayfarer’s Bane” in some circles. Consequently, expeditions leaving Defiance Bay seldom tarry there for longer than a few hours.[1]

To make things worse, Dyrford is experiencing rural flight in the wake of Waidwen's Legacy: People are abandoning the frontier and fleeing for the safety of Defiance Bay and other major conurbations, resulting in a major increase in crime. After all, deserted homes attract looters like vinegar does flies.[3]

Note: For a complete list of random loot found in Dyrford Village, see here.
Barrel (near the inn):
Barrel (outside of Trygil's Curriery):
Crate (near the armory):
Barrel (south):
Crate (Hidden, Difficulty 3 - Stash on the river banks southwest of the bridge):

Note: All plants are located in the exterior area. 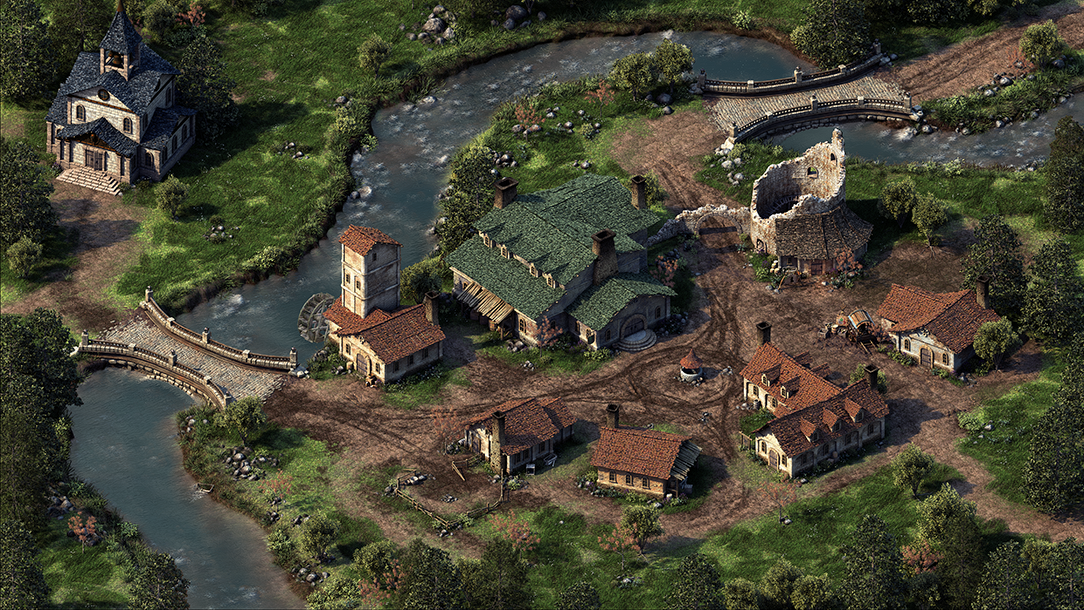